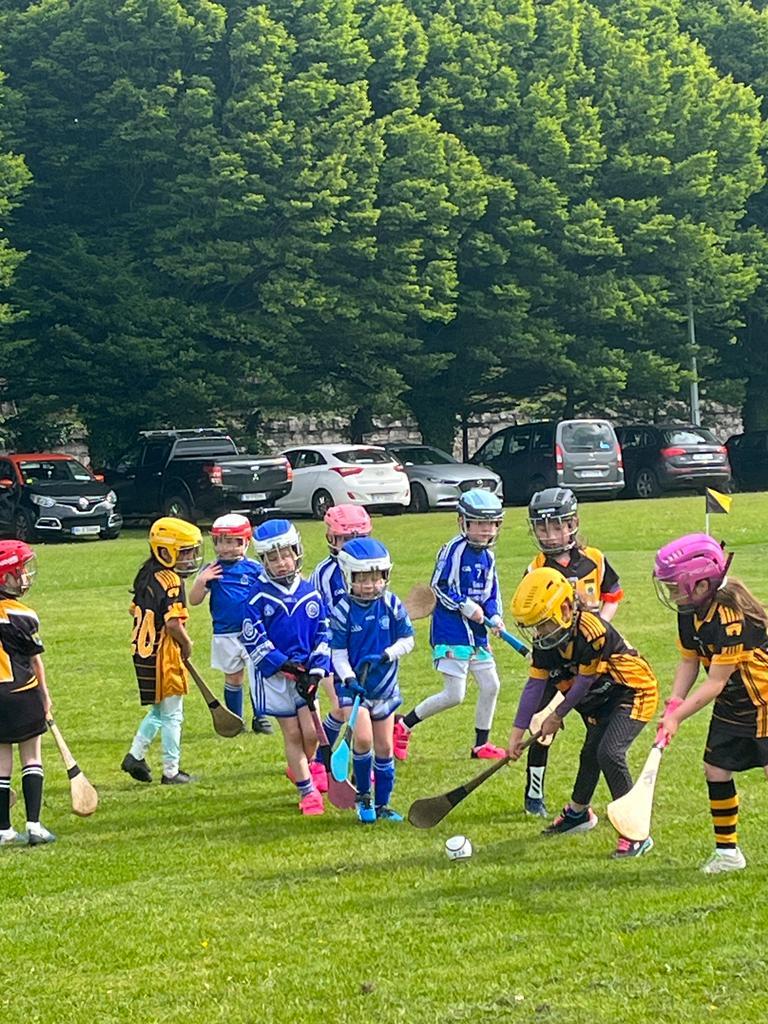 The girls all met up at Longmeadows on Sunday morning bright eyed and bushy tailed. The pitches looked super. Billy Kelly was down in Longmeadows at 6AM on Sunday morning and had cut the sward. Joe Dalton had been down the night before on his own stepping out the pitches and putting out the goals and flags. Clubs like ours wouldn’t survive without people like Joe and Billy - we are grateful for all they do.

Joe managed the girls in both their games against first Crumlin and then Erin’s Isle. I’m not sure I’ve ever seen a group of kids listen to a set of instructions so intently and Cara was able to repeat a lengthy set of instructions back to Joe word for word. Our girls did very well in both their matches. You can start to see many of them now sprouting up an inch or two and gaining confidence. This was personified in spades by Emma as she moved the ball all over the pitch. Sibhéal and her partner in midfield Cara both played really well and led by example. Louise was fearless and tireless and constantly pushing other players out of the way to get possession - she is one to watch. Julianna and Sophia both played strong games. Unlike a lot of players their age they don’t always join in the “moving scrum” of 15 players following the ball around the pitch. They wisely stand outside the melee and are this able to get clear shots when the ball squirts out. Casey had a super game under her Dad’s watchful gaze and had some good shots on goal. The record for the most bangs and injuries must go to the pairing of Alicia and Nina. I had to go to our largely unused medical kit to get a bandage for Alicia’s cut finger after which she skipped back onto the pitch. Poor Nina got multiple whacks on the shins which seemed to make her even more determined. The competitive spirit is strong in those two.

It was great to see them play their first camogie match. They really only started camogie training after Christmas and more than acquitted themselves well against two teams who have been playing camogie for over two years. It was also great to see the encouragement and contribution of all the parents. At half time I watched Gerry showing Julianne how to swing more accurately and Robert explaining to Louise how her hands should be placed on the hurl. Kids only learn so much at training their parents are really the best teachers. Let’s keep it up.

We want to wish a speedy recovery to both Kaia and Lana who we hope will be back soon.

Cúl camp gear looks great this year - and there are still...

Up and runningIt was a busy weekend for kids, parents a...

This past weekend felt like the U-8s were finding their ...

The Girls are BACK

Get live information for Club on the ClubZap App